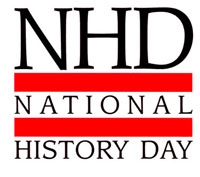 Freshman Jack Reed will advance to the state competition
Freshman Jack Reed will represent Foothill and Alameda County at the History Day in California contest in late April.
Jack, 15, entered the contest on his own. When Jack was an 8th-grader at Hart Middle School, entering a project in the contest was a class requirement.
"I did it this year because I wanted to," Jack said. "Last year, we had to do our projects on American history. This year, I wanted to do it on a different time period."
This year's theme is "The Individual in History: Actions & Legacies." Students can choose from a variety of projects, such as web sites and poster board displays, to enter in the contest. Jack chose to write historical paper titled A Subtle Greek Serpent: How Themistocles Changed the World.
"Themistocles lived about 2,500 years ago," Jack explained. He chose that topic because "I’ve been a fan of classical history for awhile."
Jack was among only a handful of high school students in Alameda County who entered the contest. He believes he's the only Foothill student who entered a project.
Jack and his project advance to the History Day in California contest April 30 to May 3 in Sacramento. Winners at the state level will advance to the National History Day contest in Maryland in June.
Good luck at state, Jack!