Foothill Shut Out of Championship 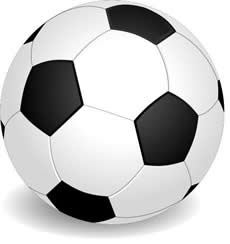 Foothill's No. 1-ranked girls soccer teams loses NCS title
Foothill's incredible girls soccer team, ranked No. 1 in the nation by ESPN, suffered a crushing blow Saturday when the Falcons lost for the second year running to the rival San Ramon Valley Wolves.
Foothill's amazing team had a perfect 21-0 record going into the North Coast Section Championship game Saturday on the Dublin High School field. The opposing team had chocked up 17 wins this season and was ranked 39th by ESPN.
The Falcons lost last year's title to the Wolves with a 1-1 draw that the Wolves eventually claimed with penalty kicks.
This year's match was equally as nail-biting as last year's grueling game. The exciting game went into overtime with the Wolves eventually reigning with a 4-3 game-winning score.
Click here for the Tri-Valley Herald story on the game.
Congratulations to the lady Falcons for giving Foothill some of the best soccer talent in the nation! It was definitely a season to remember!
Way to go, Falcons!
Posted Saturday, Feb. 28