December Student of the Month 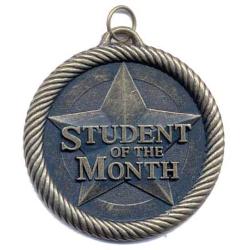 Congratulations to senior Jenny Mei for being chosen December's honoree

Congratulations to senior Jenny Mei for being named Foothill’s December Student of the Month.

One look at Jenny’s class schedule lets you know that she’s a serious student. Her schedule appears daunting, loaded with AP classes. She manages to maintain a 4.3 grade point average.

Jenny is vice president of the Alzheimer’s Awareness Club. She’s also president and captain of the Science Olympiad team.

In her spare time, Jenny is a senior shift leader at Kaiser Permanente’s health education center. She enjoys playing tennis and collecting snow globes. She’s played the piano for 11 years, becoming an accomplished enough musician to perform as the keyboardist in the 2007 winter percussion performance.

Jenny has her eyes set on an ambitious and impressive future. She plans to major in pre-med in college and then onto grad school with the goal of becoming a neurologist.

“(Jenny) has done internships and research with a neurologist and no doubt will be a great neurologist one day,” Primeau said.

Students of the Month are nominated & chosen by Foothill staff. The program is

sponsored by the Rotary Club of North