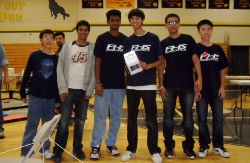 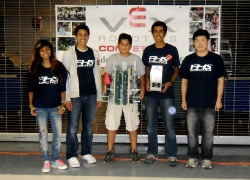 Foothill's robotics team heads to world finals
The Foothill Robotics Team has done well enough at regional competitions to secure the team a spot at the Vex Robotics World Championship in the spring.

Foothill's robotics club has become so popular that the group has been broken down into three separate teams to ensure that everyone gets hands-on experience in building and working with robotics. The four teams are 1000A, 1000B and 1000C.

At a regional competition held at Merrill F. West High School in Tracy on Oct. 30, Team 1000C won first place to qualify for the world championship to be held in the spring at ESPN Wide World of Sports at Disney World in Orlando, Florida. Team 1000B won second place at regionals.

Each year, Vex Robotics creates a unique challenge for robotics teams around the world. This year's task is to build a robot that can pick up plastic rings, 7 inches in diameter, and compete with other robots to fit the most rings over movable goalposts.