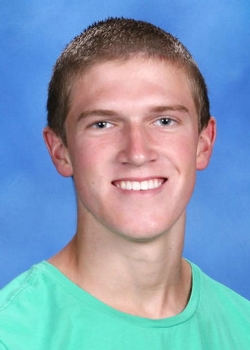 This is Cameron's second straight year to have his work recognized at this prestigious film festival. Last year, he was honored in the category of best special effects.

Cameron's film, The Privation, was honored at the film festival on May 2. The festival is organized by KCSM, a public radio and television station based in San Mateo.

The Privation is a short film about a young man who is on a path of destruction with alcohol and drugs. He ultimately becomes aware, through the use of metaphors, of the true importance of having family and friends in his life.  The story is loosely based on the realities of high school and how individuals can quickly become distraught from personal destruction. Cameron produced this film while a student in Scott Sears' video production class.

The Privation will be shown at various times throughout the summer on KCSM.

Congratulations to Cameron for this impressive honor!