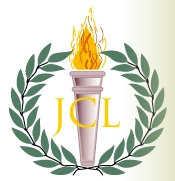 Foothill students compete at regional competition
A dozen of Foothill's Latin students competed for the first time ever in the California Junior Classical League's Certamen held March 20 at the Harker School in San Jose.

This is the first time Foothill has sent teams to compete in the certamen, which is Latin for competition. Students from about 18 middle and high schools had teams competing at the event. Foothill sent three four-member teams, one each for Latin I, II and III.

Congratulations to Foothill's Latin students for taking on this extreme challenge!